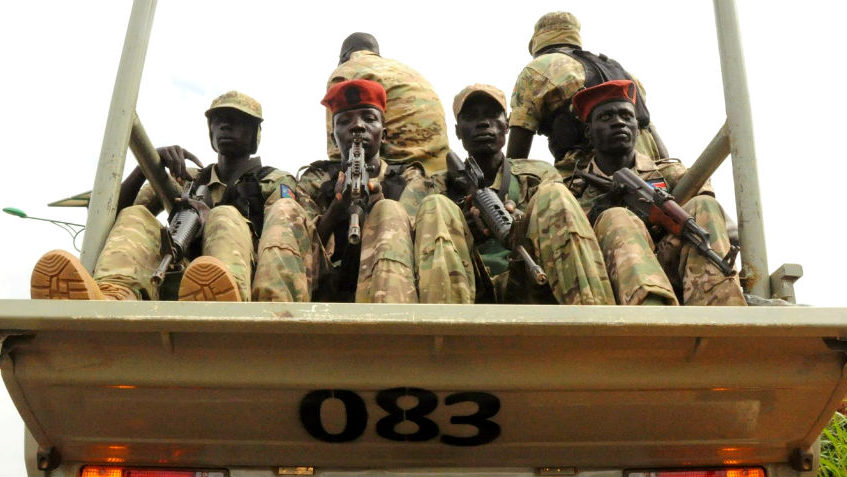 The National Security Service has appealed to the public to cooperate with security forces in identifying criminals who often terrorize people in Juba.

“Our people should also help the organized forces with information that might lead to arrest of these criminals who are terrorizing our citizens in Juba,” David John Kumuri, spokesperson of the Internal Security Bureau.

There have been series of gang-related crimes committed in major towns across the country.

Of recent, Juba and Yambio have witnessed violent break-ins by armed criminals and the murder of some residents.

In Juba, gunmen broke into some residential homes in Thongpiny this month with the aim of looting and robbing residents.

In Yambio, a woman was shot at her home by armed men, while two other dead bodies were found dumped in the town in July.

Two weeks ago, the police said criminals in Juba use makeshift buildings and shanty houses and lodges as their hideouts.

Then last week, twenty-two suspected criminals appeared before the special court in Juba.

They are charged with committing series of organized crimes between 2019 and 2020 in Juba. They include South Sudanese, Ugandans, and Rwandese.

On Wednesday, the National Security Services surrendered the firearms used by the criminals in Juba.

“We handed over the exhibits to the court as part of the evidence that includes AK-47s, pistols, and the LG-2,” Kumuri added.

However, past reports backed up by President Salva Kiir showed that some of the criminals in Juba are members of the organized forces, including NSS itself and police.