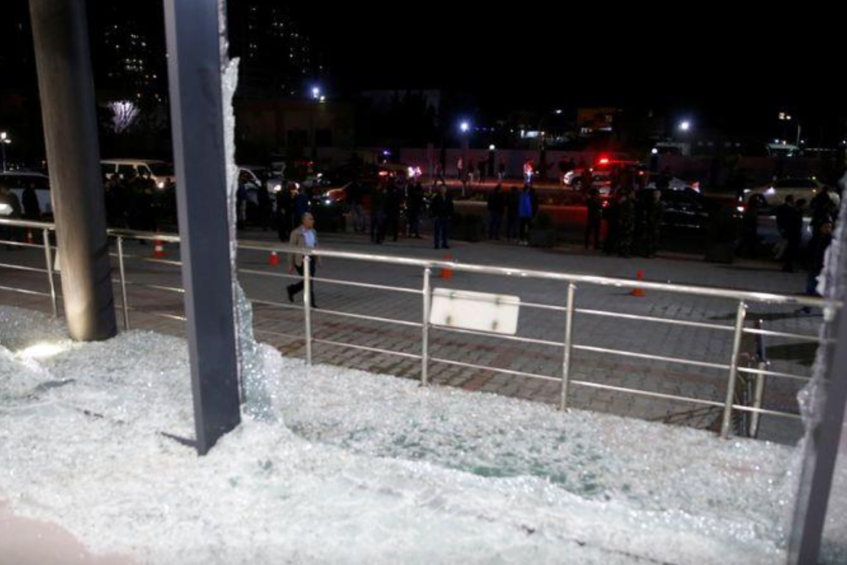 A rocket attack on U.S.-led forces in northern Iraq on Monday killed a civilian contractor and injured a U.S. service member, the U.S. coalition in Iraq said, in the deadliest such attack in almost a year.

The barrage of rockets hit in and near a military airbase occupied by the U.S.-led coalition at Erbil International Airport. Two U.S. officials said the contractor who was killed was not American. The coalition said five other contractors were hurt, without elaborating.

The attack, claimed by a little-known group that some Iraqi officials say has links with Iran, raises tension in the Middle East while Washington and Tehran explore a potential return to the Iran nuclear deal.

Armed groups aligned with Iran in Iraq and Yemen have launched attacks against the United States and its Arab allies in recent weeks, including a drone attack on a Saudi airport and rockets against the U.S. embassy in Baghdad.

Most of the incidents have caused no casualties, but have kept up the pressure on U.S. troops and U.S. allies in the region in the early days of Joe Biden’s presidency.

Biden’s administration is weighing a return to the Iran nuclear deal, which his predecessor Donald Trump abandoned in 2018, that aimed to curb Iran’s nuclear programme.

U.S. allies such as France have said any new negotiations should be strict and should include Saudi Arabia, Iran’s main regional foe. Iran insists it will only return to compliance with the 2015 deal if Washington lifts crippling sanctions.

The U.S.-Iran tension has often played out on Iraqi soil.

A U.S. drone strike that killed Iran’s military mastermind Qassem Soleimani in Baghdad in January 2020 sent the region to the brink of a full-scale confrontation.

A rocket attack on a base in northern Iraq in March last year killed one British and two American personnel.

Monday’s rocket attack in Erbil, the capital of the Kurdish autonomous region in Iraq, was the deadliest against coalition forces since then.

Kurdish security sources said three rockets hit around the airport and at least another two landed nearby. Reuters reporters heard several loud explosions and saw a fire break out near the airport.

U.S. troops occupy a military base adjacent to the civilian airport. A third U.S. official, speaking on condition of anonymity, said the U.S. service member’s injury was a concussion.

A group calling itself Saraya Awliya al-Dam claimed responsibility for the attack on the U.S.-led base, saying it targeted the “American occupation” in Iraq. It provided no evidence for its claim.

In a statement, Blinken said he had reached out to Kurdistan Regional Government Prime Minister Masrour Barzani “to discuss the incident and to pledge our support for all efforts to investigate and hold accountable those responsible.”

Groups that some Iraqi officials say have links with Iran have claimed a series of rocket and roadside bomb attacks against coalition forces, contractors working for the coalition and U.S. installations – including the embassy in Baghdad – in recent months.

Iraq’s government under Prime Minister Mustafa al-Kadhimi has sided with the United States against Iran-aligned militias but has struggled to bring the powerful paramilitary groups under control.