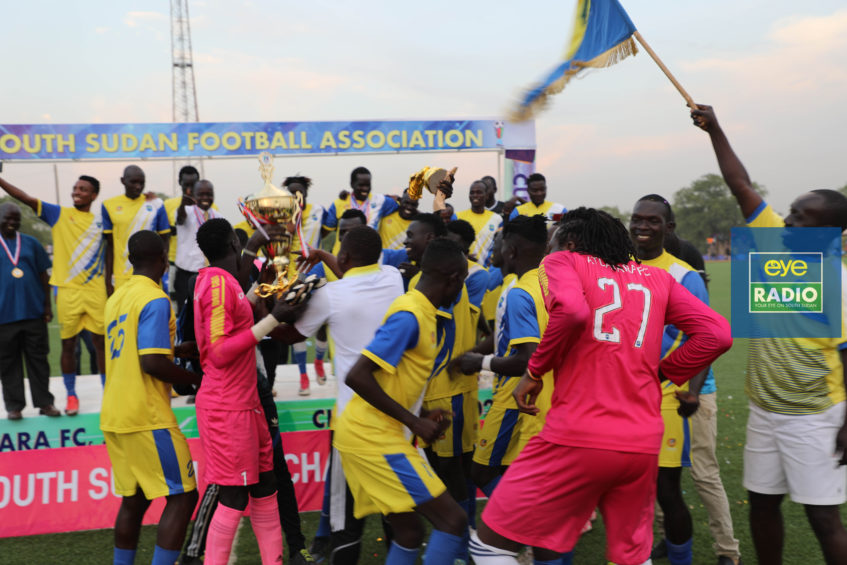 Two first-half goals ensured Atlabara FC were crowned champions of the 9th edition of the South Sudan Cup at Buluk playground on Friday.

Mandela Malish led Atlabara F.C 2-0 up against Salaam Kuajok in the first half, scoring in the 18th and 4+3 minutes.

Atlabara F.C enjoyed a slight advantage of the possession as the midfield dictated the game.

The first goal a perfectly taken volley beat Salam keeper to the right.

The second goal resulted from a seemingly disorganized Salam defense as a quickly taken throw-in from the left landed on Mandela’s space who fired past Salam goalkeeper in the 48th minute after three minutes were added to the first half. 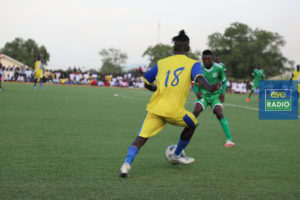 The Salaam FC, coming into the game well aware of the experience of Atlabara relied largely on their front three to cause trouble, but Atlabara were much organized in the defense.

Salaam missed one clear chance before the end of the first half in the 43rd minute as two attackers missed to slot in a well-built-up chance.

Salaam FC could not capitalize on the crowd support as they missed the opportunity to get back into the game at the start of the second half through a penalty in the 59th minute.

Atlabara keeper had brought down an attacker at the left side of the 18-yard box.

Salaam’s number 10 stepped up but only to fire over the right crossbar of the goal, missing a crucial game-changing opportunity.

They had a couple of attacking opportunities in the Atlabara half but the defense was good enough to deal with them.

The miss took off pressure from the yellow boys who rallied their attack but also missed a penalty of their own in the 75th minute as Salaam goalkeeper made a fine save to the right.

They could have scored more goals had a fine strike from outside the box gone in, but a fine save by Salaam goalkeeper pushed it off the top right bar for a corner kick.