You are here: Home  |  Economy | News   |   Ministry of Finance set for reforms after damning auditor’s report

Ministry of Finance set for reforms after damning auditor’s report 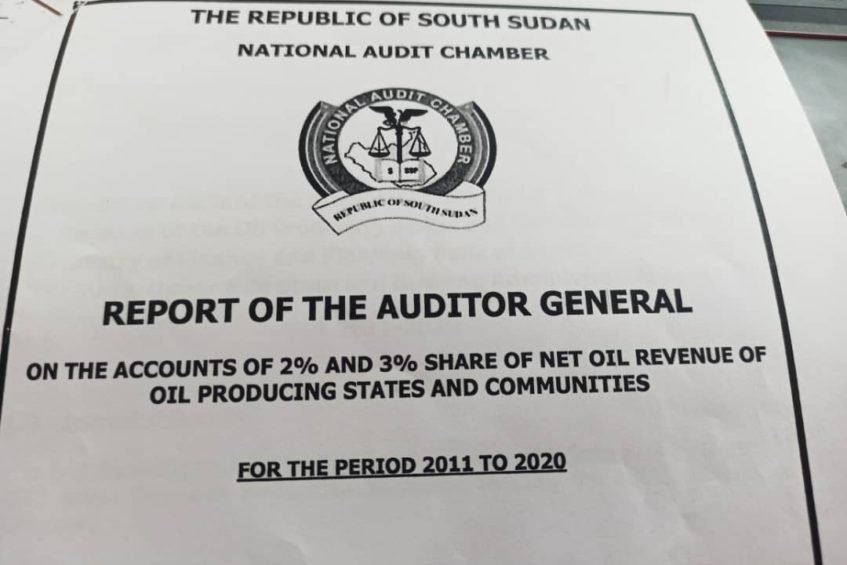 The report revealed a series of irregularities in the management of petroleum revenue contrary to the law.

The Ministry of Finance says it has started enforcing reforms to ensure there is transparency in the management of revenues.

Deputy finance minister, Agok Makur was responding to the recent audit report that established a series of irregularities in the management of petroleum revenues.

Last week, an audit report revealed that over $50 million, part of 2% and 3% shares meant to be paid to oil-producing states was misappropriated.

According to the Petroleum Revenue Management Act, 2 % of net oil revenue goes to the producing state while 3% is for development projects in the producing communities.

But a report from the National Audit Chamber of South Sudan released last week established that oil-producing areas of Ruweng Administrative Area, Upper Nile and the Unity States have been deprived of a sum of $50 million from 2011 to 2020.

Over $17 million was lost in just one year to unauthorized companies and entities.

Among the beneficiaries according to the report, are the Office of the President, the Ministry of Finance itself, South Supreme Airlines, and others, including foreign companies.

Some prominent individuals have also been named in the report.

Asked about how it happened, deputy finance minister, Agok Makur says they are planning to reform the whole economic cluster.

“Now, in our ministry, we are doing reforms, and these reforms are in the peace agreement, Chapter 4 is about economic reforms,” the deputy finance minister said.

“We have started, not only in the finance ministry but the whole economic cluster is being reformed. Money will not go out now because we are doing reforms.”

Mr. Makur was speaking in an interview at the sidelines of the Extractives Industry and Transparency Initiative conference in Juba on Wednesday.

However, natural resource activists say those who have been identified in the report must be held accountable.

“For us as civil society, we demand accountability, making sure that this report is used as evidence against those who have pocketed the money,” said the chairperson of Civil Society Coalition on Natural Resources, Charles Onak Judo.

“It should not stop at just being a report. The government has to take those who have taken the money to the court, it is quite obvious now.”

In the report, the Auditor-General, Stephen Wondu recommended the use of legal means to recover the lost money.

Legislators and some members of the public have also called for the prosecution of those involved in the misappropriation of money meant for oil-producing states and communities.