You are here: Home  |  National News | News   |   Officials accused of deforestation in Jubek

Officials accused of deforestation in Jubek 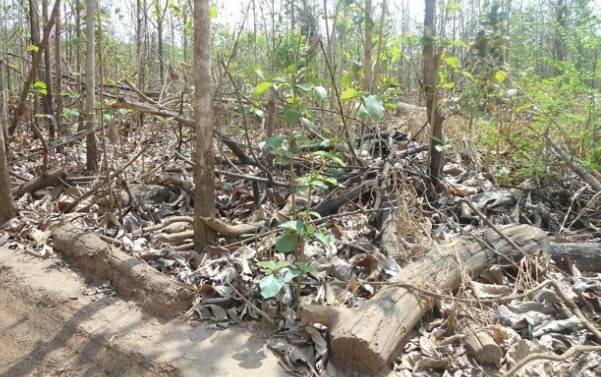 Jubek State authorities have accused some officials at the national Ministry of Forestry and Environment of being behind deforestation in the area.

In June this year, the state government seized three trucks that were trying to smuggle teak to Uganda.

According to 1st director-general at the state ministry of agriculture and forestry, the illegal loggers cut down trees in Lirya and Lokilili counties with an approval letter signed by a senior official from the national ministry.

George Kamila Ladu was speaking during the launch of a 2015 National Forest Policy in Juba yesterday.

“If you go to my ministry now, you will get logs that were cut down from two counties, Lirya and Lokilili and others are still remaining in the forest and those trees if you see them, you will feel bad. Why do people cut down this trees and even with a certificate from the national Ministry of Forestry, down going to the community and they just start cutting down trees. This is not good. The certificate was signed by the director general.”

In response, Timothy Thwol Onak – the director general at the national ministry of Forestry and Environment denied the acts, saying someone forged the approval certificate:

“Somebody forged our certificate and he signed it on behalf of the the director general. The signature is known as someone’s signature and we are concerned about that too.”

However, in his remarks yesterday, First Vice President Taban Deng asked Jubek state authorities to arraign in court suspects behind illegal logging in the state.