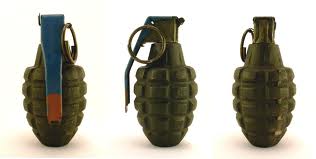 The incident happened at Ma'aji Two Refugee Settlement in Adjumani on Wednesday.

Six South Sudanese children have died from a suspected grenade explosion at a refugee camp in Adjumani District.

According to the Ugandan police, five other children also sustained serious injuries.

The incident happened at Ma’aji Two Refugee Settlement on Wednesday.

The youngest among the victims is six years old, while the eldest is 14.

West Nile Police spokesperson said the children were reportedly playing with an object which turned out to be a grenade.

“There was indeed a grenade accident at Maaji II Refugee Settlement in Adjumani district. This accident occurred when a group of children residing at Maaji II Refugee Settlement went to the bush on a playing spree in the process they come across a metal which they didn’t know properly and tried to cut it through using a Panga. In the process, the metal exploded killing six of them and injuring five,” Josephine Angucia explained to Eye Radio on Thursday.

Angucia added that those wounded are receiving treatment at Ma’aji health centre.

She stated that preliminary investigations indicate that the exploded ordinance could have been left behind during past conflicts.