U.S calls for full implementation of peace for credible 2023 elections 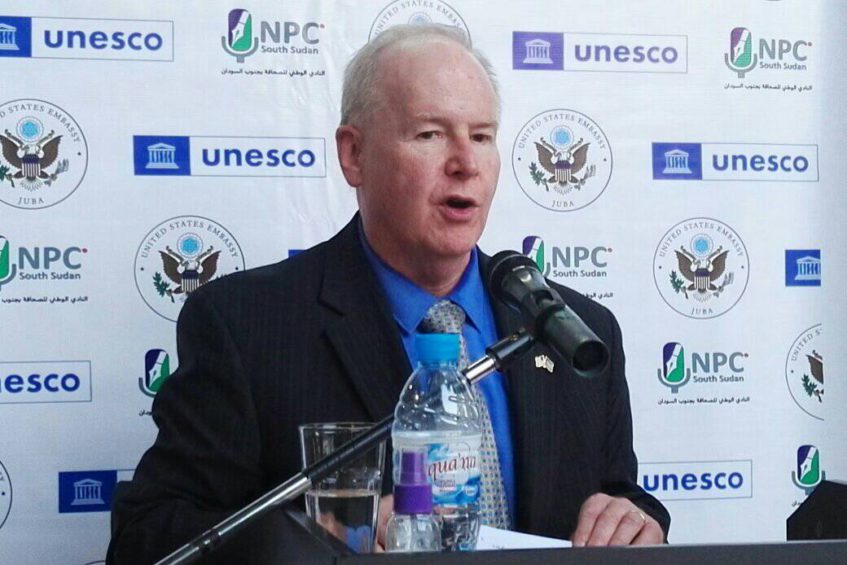 The US Charge de Affairs says there is an urgent need to complete all the provisions of the revitalized peace agreement to enable free and credible conduct of general elections next year.

David Renz revealed this after meeting President Kiir in Juba on Wednesday.

The meeting came four months after Kiir affirmed his commitment in August last year to the conduct of general elections at the end of the transitional period.

The head of state had said there was an urgent need to complete all the provisions of the revitalized peace agreement before 2023.

According to the implementation matrix of the 2018 peace deal, many provisions should have been implemented by now with South Sudanese going to polls supposedly this year.

But the peace parties extended the Transitional Period up to 2023 to allow full implementation of critical tasks.

For elections to take place, the agreement says the Political Parties Act of 2012 must be reviewed and approved by the parliament to enable free and democratic registration of political parties in South Sudan.

It also expects the permanent constitution to be enacted before a new National Elections Commission organizes the polls.

But most of the key reforms have not been initiated or completed.

According to Ambassador David Renz, he talked with Kiir about US concerns on the delay by the unity government to enact bills that are key to implementing the peace agreement and how to accelerate the process.

These include the constitution making process bill, election bill, political parties’ bill and the security bills, among others.

“We spoke … his commitment for free, fair, credible and democratic. We discussed concerns that have been discussed by my congress about the pace of the implementation under the revitalized peace agreement and steps that we can take together to accelerate the implementation”, Renzi said.

“We spoke about the importance of the constitution making process bill, election bill, political parties’ bill and the security bills – all of that are key to implementation of the peace agreement.”

In response, the executive Director in the Office of President Salva Kiir, James Deng Wal said the president called on the U.S to stand with the people of South Sudan.

The peace partners are also yet to complete parts of chapter one on governance, chapter two on permanent security arrangements, chapter three on special reconstruction programs, chapter four on economic reforms, and even on the establishment of a proper justice system.