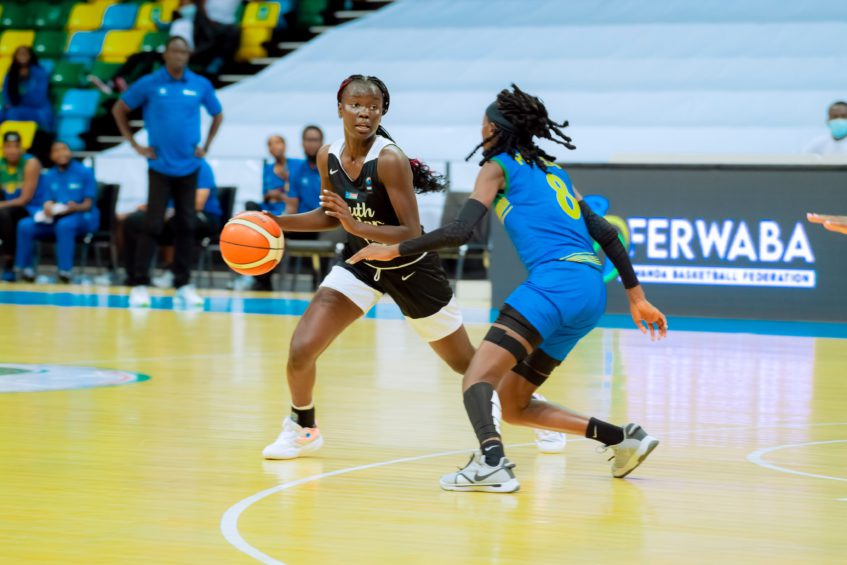 The South Sudan women basketball side lost for the third time in as many games despite a spirited display in their last group game in the ongoing zone5 AfroBasket qualifiers.

The Bright starlets lost 65-52 to hosts Rwanda to leave them winless in the competition, but it was a more inspired performance from the girls compared to their opening two fixtures.

The tournament debutants bossed a large part of the third quarter opening a 7-point lead at one point but relinquished their lead with just under half a minute of the quarter left.

Coach Lindsey Harding speaking after the match said she was proud of her team for showing they are not quitters.

“It was so much fun and I still thought we should have won,” Lindsey said.

“I told them being the third game in three days and coming out with that passion that shows they are not quitters that shows they have true hearts. That shows how good we will be as we grow in future.”

“They came together as a team without us (Coaches) because they had to figure certain things out; but the biggest part was I want to see the heart and they did show that. In the end when I walked in and asked was that fun? They said it was a lot of fun,” she added.

The team will return to court again tomorrow to face Egypt in the semifinal and Lindsey says they will try to rest and recover, adding that the “next two games are the ones that really matter”.

Kenya will face hosts Rwanda in the other semifinal with both winners meeting in Sunday’s final while the losers will contest a third place finish on the same day.

The winner of this qualifier will earn a spot in the FIBA Women’s AfroBasket 2021, to be held in Cameroon in September.