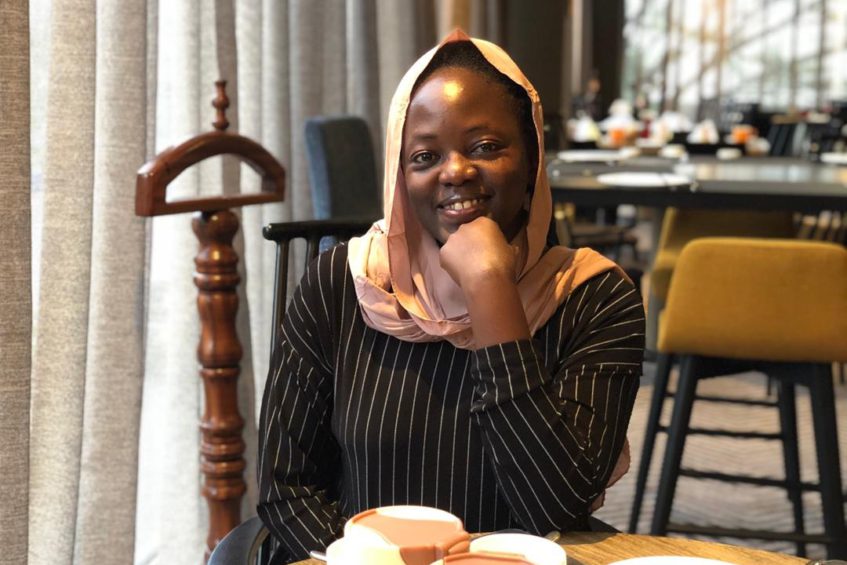 A controversial youth activist Animu Athiei has been transferred to the Juba main prison pending trial.

The Directorate of Nationality, Passports and Immigration has disclosed to Eye Radio.

Animu was arrested on 22nd December last year by the department of the immigration, Passport and Nationality for an alleged illegal acquisition of diplomatic credentials.

Animu was also handed over to Ugandan authorities after officials in Juba claimed that sufficient information obtained by the government indicated she was a Ugandan national.

But Uganda reportedly rejected to welcome her citing an alleged inappropriate manner in which the case was handled.

She was later returned to Juba and put in custody awaiting investigation and court hearing.

But according to the Director of Immigration, Animu has been transferred to the central prison until her court schedule is decided.

Brig. Gen. Ater Nicola revealed that a committee had been formed to investigate the case.

“There is a committee working on this matter and we will appropriate legal producers in this case. If she is a Ugandan, we will deport her, and if she is proven to be a South Sudanese, she will stay in South Sudan,” Brig. Gen. Ater told Eye Radio.

“She is in the main prison because here [at immigration] we don’t have our own detention center and it’s only for the waiting process, she was here waiting for the committee to be formed.

“As director of immigration, the issue of Animu Athiei is multilateral because she is claiming to be a South Sudanese from Morobo from the community of Keliko.”

Brig. Gen. Ater the investigation is ongoing: “I will not give you a lot of information because we are still investigating the matter.”

In May last year, Animu was appointed to parliament on the ticket of the Other Political Parties OPP, but her appointment was revoked by President Salva Kiir over unexplained reasons.

Animu has also served as a consultant in the office of Taban Deng Gai – then First Vice President – and later fired over unclear circumstances.

Ms. Animu has not come out publicly to clarify the matters surrounding her nationality.

She has on many occasions represented South Sudan in international forums.

According to the Nationality Act, a person born before or after 2011 shall be considered a South Sudanese National by birth if such person’s parents, grandparents or great-grandparents, on the male or female line, were born in South Sudan; or belongs to one of the indigenous ethnic communities of South Sudan.

Chapter Six of the Act says if a person knowingly makes a false representation or false statement about a material fact in an application for a certificate of nationality or certificate of naturalization, commits an offense and upon conviction shall be stripped of nationality, and fine, or imprisoned for a period not exceeding five years.