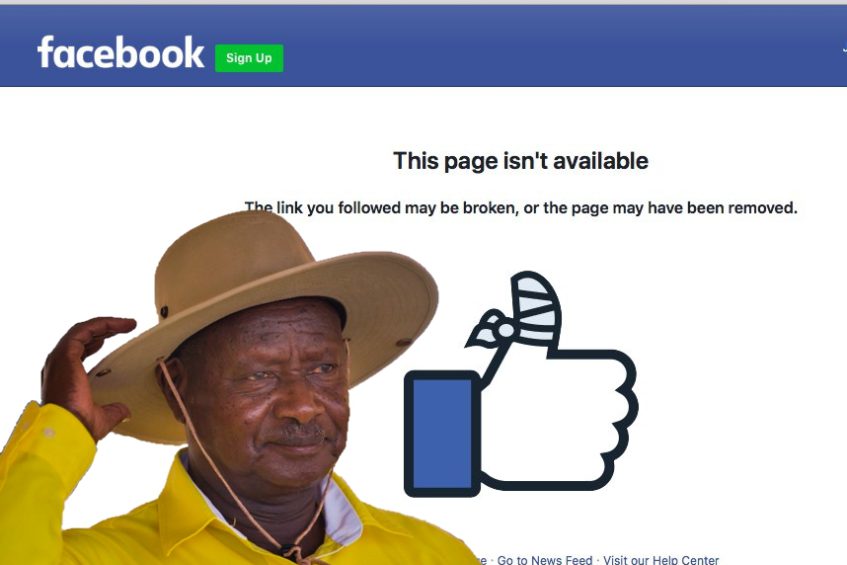 Most of the accounts, pages blocked belong to gov't, NRM officials

Social media giant, Facebook has shut a slew of accounts belonging to Ugandan government officials accused of seeking to manipulate public debate ahead of elections Thursday.

The East African nation is holding presidential and parliamentary elections after a tense and bloody campaign, with President Yoweri Museveni, 76, facing a stiff challenge from the pop star-turned-politician Bobi Wine, 38.

“This month, we removed a network of accounts and pages in Uganda that engaged in CIB (Coordinated Inauthentic Behaviour) to target public debate ahead of the election,” Facebook’s head of communication for sub-Saharan Africa, Kezia Anim-Addo, said in an email to the AFP on Monday.

“They used fake and duplicate accounts to manage pages, comment on other people’s content, impersonate users, re-share posts in groups to make them appear more popular than they were.”

Anim-Addo said the network was linked to the ministry of information and communications technology.

“Given the impending election in Uganda, we moved quickly to investigate and take down this network.”

Social media giants have come under increasing scrutiny over the content they allow to spread on their networks.

Twitter, Instagram and Facebook blocked US President Donald Trump over incitement to violence after his supporters stormed the US Capitol last Wednesday, a move his backers see as an assault on free speech.

Museveni’s online account is still active but many government officials and members of the ruling party have seen their pages taken down, including a well-known blogger and Museveni supporter, a prominent doctor and a senior official in the information ministry.

The president has long accused foreign organisations and elements of backing Bobi Wine in a bid to remove his government.

“Shame on the foreign forces that think they can aid and plant a puppet leadership on Uganda by disabling online accounts of (ruling party) NRM supporters,” Museveni’s senior press secretary Don Wanyama said on Twitter.