Gov’t urged to speed up swearing in of lawmakers 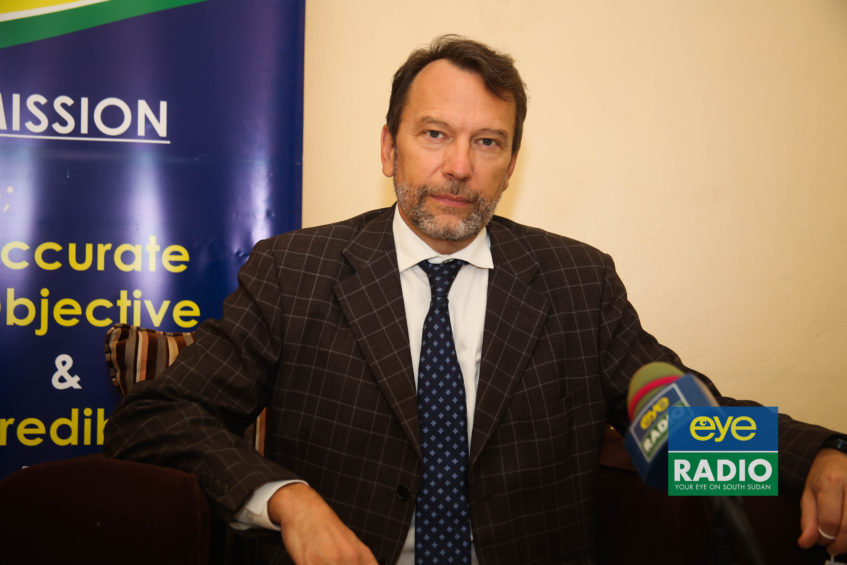 The ambassador of France to South Sudan has called on the government to speed up the swearing in of the appointed members of the transitional national legislature.

Both houses were reconstituted by President Salva Kiir in May and June this year.

Parties to the peace deal dragged reconstitution of both upper and lower houses for over a year despite the formation of the executive arm of the government.

Observers say the lack of a functional parliament made it difficult for the enactment of laws that assist the transitional processes, including reforms spelled out in the peace agreement.

Speaking during the celebration of national day of France in Juba on Wednesday, Marc Trouyet says the lawmakers should take up their roles in a democracy process.

“We are keen to see the parliament soon to be sworn in to start its coessential role in a democracy to vote the budget, to hold the government accountable of its action and its inaction and to represent the people,” said the French ambassador.

“France fully recognizes that implementing the September 2018 peace agreement is not easy.”

“France is committed to support the peace process which is critical to meet the aspiration of South Sudanese for security, stability, democracy, transparency, accountability and prosperity.”