Gov’t urged to tackle torture, sexual violence amid the pandemic 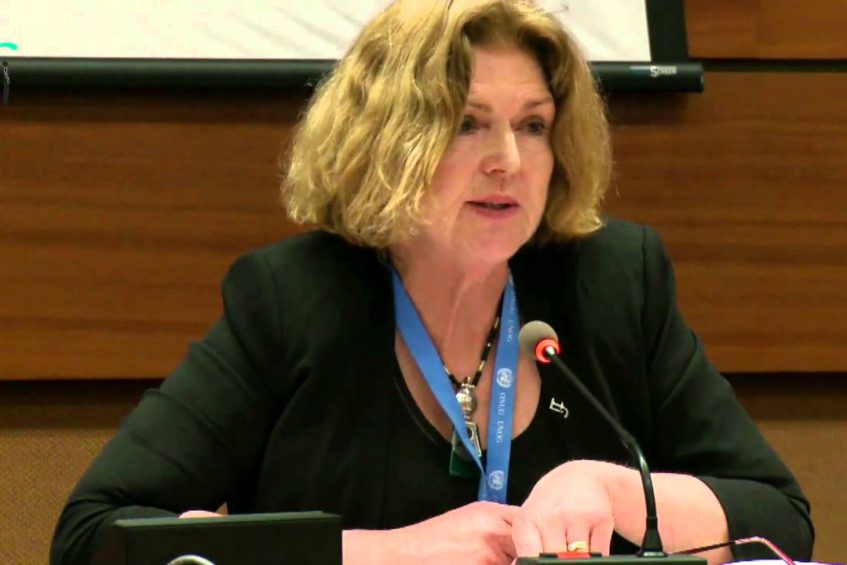 Mary Lawlor -Special Rapporteur on the situation of Human Rights Defenders speaks at a past event. Courtesy

The Human Rights Council special rapporteur on the situation of human rights defenders is calling on the government of South Sudan to show greater commitment to tackle torture.

Mary Lawlor said with the COVID-19 pandemic, “South Sudan government has a responsibility to ensure that human rights defenders exposing the truth relating to the pandemic are protected.”

She insisted that the public should be educated on their rights, and human rights should be taught in schools.

The rapporteur said there was reason to believe that the number of killings of female women rights defenders would increase, adding that women who were human rights defenders were affected by cultural stereotypes and harmful norms.

Cases of sexual violence including harassment, torture, rape and killing have continued to rise in South Sudan, particularly in the capital Juba, despite the Gender-based violence court sentencing several men to prison.

Majority of the rape and defilement incidents are perpetrated against young girls and women.

“There is a gender dimension in the death threats that targeted women who are also subjected to sexual violence,” Mary said Monday during a virtual meeting of the human rights council to mark the international women’s day.

Some participants also said that the international community must do more to support smaller and less wealthy States, to help them bring their policies in line with international obligations.

They said “human rights defenders continued to suffer from reprisals and persecution and urged States to take urgent action in this regard.”