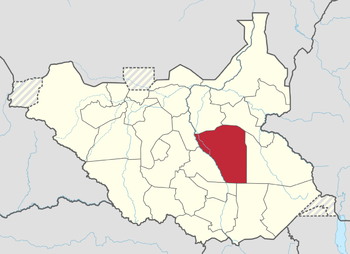 Police in Jonglei state are investigating the alleged killing of a clinical officer in Duk County.

Mabior Manyok Ader was found dead in his room in Pajut Payam on July 28. He was living in the compound of Medicos Del Mundo and worked at Pajut Primary Health Care Center.

It is not clear who killed Mabior and how he died.

But there are unverified reports that the deceased was involved in a customary dispute over dowry payment.

A few weeks ago, officials said Mabior was found guilty of adultery by a customary court in Pajut and sentenced to three months in prison.

He was also ordered to pay six cows as a penalty. According to the State Police Commissioner, the victim was found dead at night.

Maj.-Gen. Joseph Mayen Akoon says a local chief in Pajut has been arrested as investigations continue.

“I do not know the reason but there was a case of adultery according to what I heard,” he said.

Mabior Manyok is the second medical officer working for an aid organization to die under unclear circumstances in Jonglei in less than 24 hours.

On July 27, Dr Dominic Pitia who works for Care International was found dead in his room in Akobo area.

The following day, Mabior was found dead in Pajut area.

In May this year, a medical doctor Dr Louis Edward was found in a pool of blood at a local bathroom in Panyijiar County of Unity state.

The government is yet to hold anyone accountable or present perpetrators of these killings to the court.