You are here: Home  |  National News   |   We were never arrested nor harmed, says Dr. Ting 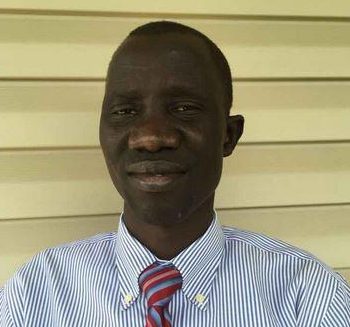 The acting managing director of the Sudd Institute, Dr. Augustino Ting Mayai, has said he was not arrested as it was reported earlier by his colleague.

According to Dr. Jok Madut, who is a senior researcher at the thinktank, some of the staff in Juba were arrested and detained by the National Security Service on Monday.

In a Facebook post on Monday, Dr. Jok writes that among those arrested were Dr. Augustino Ting Mayai, the acting managing director of the institute.

However, Dr. Ting stated in a statement that they were not arrested, but taken in for questioning.

“While I and colleagues were called in yesterday [Monday] to answer authorities’ questions on the matter on behalf of the Institute, we were never arrested nor harmed as alleged on the social media,” Dr. Ting said.

“The NSS agents demonstrated a great deal of professionalism – the rarest I have experienced in our republic.”

He also confirmed that the authorities have indeed closed the Sudd Institute for now.

Dr. Ting revealed that this came after one of their staff members announced the formation of a Coalition that is calling for civil unrest in the country.

The thinktank has been closed because the initial publications of the Coalition link the institute and academia to the declaration.

“This implies that the institutions met and collectively formed the Coalition, subsequently delegating respective signatories,” Dr. Ting stated in a statement.

“This is being investigated. The Institute will remain closed until the authorities have completed their investigation, hopefully soon.”

The leadership of the Institute, both Board and Senior Management are in meeting in response to this situation.