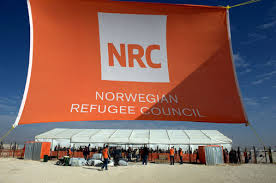 The Norwegian Refugee Council is calling on all parties to allow humanitarian agencies to safely access people in desperate need of aid.

according to the Integrated Food Security Phase Classification reported, around 6.4 million South Sudanese are currently at risk of hunger.

Out of these, an estimated 1.6 million people are already facing extreme hunger.

In a statement, the acting Country Director for the NRC in South Sudan, Sirak Mehari, said: ” “despite the peace agreement signed five months ago, conflict continues to impact the lives of hundreds of thousands of people.”

He said while poor rainfall has contributed to the food insecurity, many people have had to flee their farms because of the ongoing fighting.

It is estimated that 45,000 people in former Jonglei, Lakes and Unity are suffering worse levels of hunger.

They could face famine-like conditions if they do not receive urgent humanitarian assistance within the next couple of months.