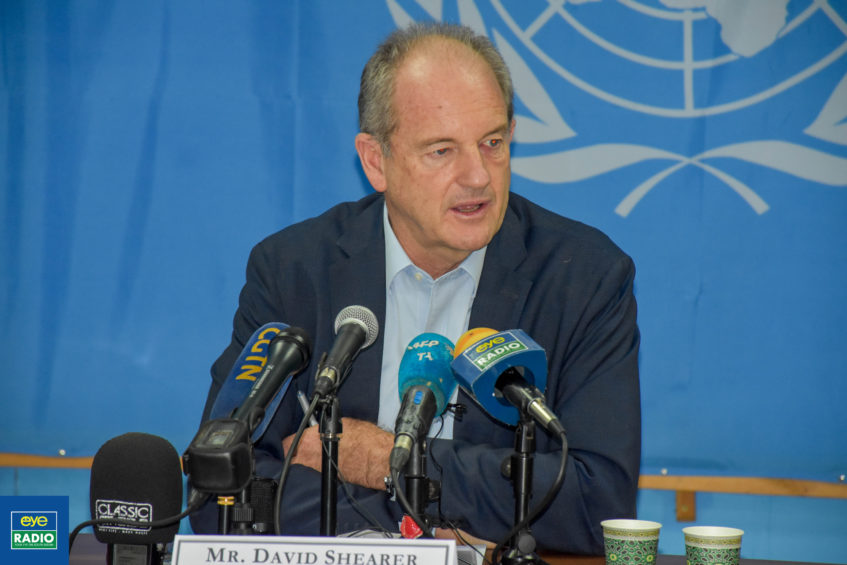 The outgoing head of the UN Mission in South Sudan has called on the country’s leaders to end the “sporadic violence” to allow citizens to recover and rebuild their lives.

This week, Eye Radio established that nearly 70 people have been killed with impunity in less than two weeks across the country.

Many of the deaths were caused by cattle-related inter-communal violence, and attacks on civilians by gunmen along the highways linking the capital Juba to the countryside.

In his final media address in Juba Tuesday, David Shearer says the peace process in South Sudan remains fragile and called for what he terms as “courageous decisions to unify the army.”

“The peace process remains fragile and there is still much to be done including picking up the pace on constitution-making, transitional justice and economic reform,” David Shearer said.

“There also need to be courageous decisions made to unify the soldiers of the different parties. I hope that there is an end to the sporadic but brutal violence that we continue to witness in parts of the country like Jonglei and Warrap so that communities right across the country have the opportunity to recover and rebuild their lives.”

Mr. Shearer, who has served as UNMISS head since 2016, will be succeeded by Nicholas Haysom of South Africa.

Though large-scale political violence has subsided, the UN says clashes continue to be reported between communities, and between the government and groups that did not sign a peace deal.