You are here: Home  |  Economy | National News | News | Politics   |   Petroleum minister appeals to US to ease restrictions on companies

Petroleum minister appeals to US to ease restrictions on companies 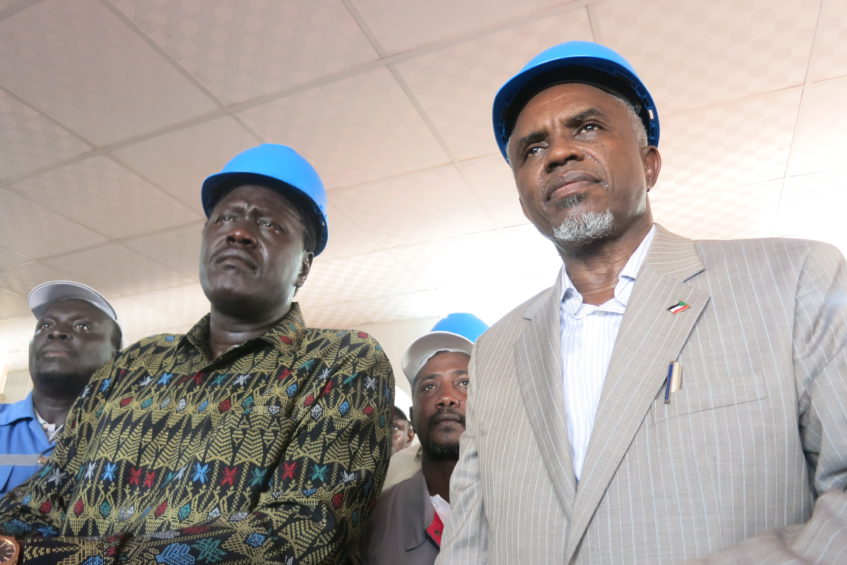 The minister of petroleum has appealed to the US to ease the restriction on companies dealing in South Sudan’s crude oil to allow them to procure equipment for their operations.

US said these entities had contributed to the five-year violence.

They include the Ministries of Mining and Petroleum and the state oil firm Nile Petroleum.

The restriction means that all exports, re-exports, and transfers to these entities of any items originating in the United States, will require an export license.

In an exclusive interview with Al-jazeera TV, the Minister of Petroleum, Ezekiel Lol Gatkuoth, described the move as unfortunate.

He appealed to the US department of commerce to lift the restriction, saying it is affecting work of the oil sector.

“This is very unfortunate… [it] is not allowing us to do what we wanted to do.”

The relationship between South Sudan and the US dwindled recently during the Khartoum peace process.

The US and its Troika allies did not sign the revitalized peace agreement on pretext that the agreement was elite centered.

While, the government perception towards this has been that the US is seeking a regime change.

Mr. Lol said, despite the existing friction, South Sudan will continue be an ally to the US.

“By the way, we will continue to be friends to the US, just like we are friends to China and Russia,” he said.