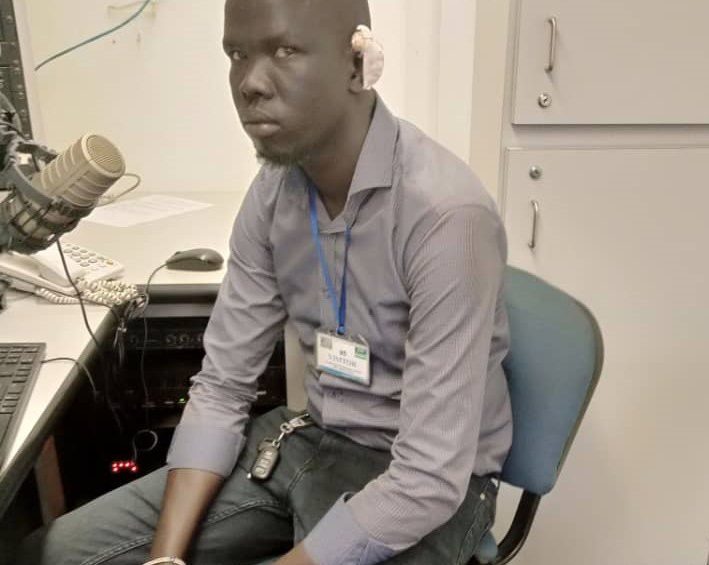 The former minister of information of the defunct Fangak state has allegedly bitten off a man’s ear in an argument over social media posts, an official from Jonglei has said.

Wuor Buony Ruot says he lost part of his left ear on Thursday evening during a fight at a tea place in Juba town.

The government official who works for the ministry of education in Jonglei state told Eye Radio in an interview that he has reported the matter to Malikia Police station in Juba.

“He accused me that I have written some articles on my social media account or Facebook page against him. After some time, I told James Lony to produce the evidence of an article that I wrote against him and print them out,” Wuor narrated.

“He told me, I have to leave the tea place by force, then in the process of leaving, he stood up and attacked me and there we exchanged blows with him. But after I wrestled him down, he then bit my left ear and managed to bite a piece of it.”

When contacted by Eye Radio, the accused, James Lony says he is not willing to discuss the matter.

Before, the accused served as a minister of information of the defunct Fangak state from 2016 to 2017.

He also served as a town mayor of Ayod in 2017 until the time when 28 states were dissolved.