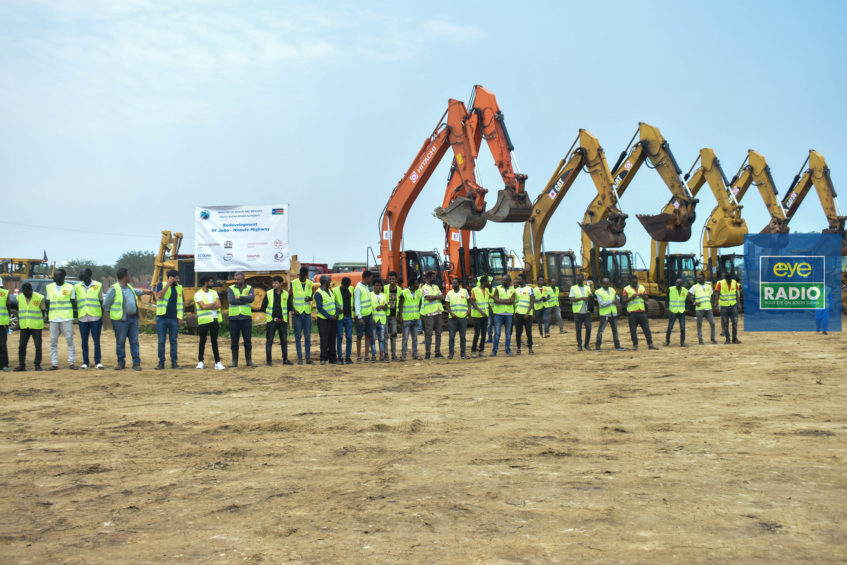 Road engineers pose for a picture at Sherikat in Juba on Wednesday, July 7, 2021 during the launch of rehabilitation and redevelopment of Juba-Nimule highway | Credit | Emmanuel Akile/Lou Nelson/Eye Radio

The rehabilitation and redevelopment of Juba-Nimule highway has been halted over a new policy, the South Sudan Roads Authority has announced.

In July this year, the government launched the redevelopment and rehabilitation of the single carriage Juba-Nimule highway.

However, the Ministry of Roads and Bridges has suspended the road works with plans to build it like the Juba-Bor road, a dual carriage.

“It is a directive that says every national road has to have four lanes. So, we had to go back to the drawing board,” Eng. Benjamin Kenyatta told Eye Radio in Juba.

He could not explain when the renovation will begin, but said “We will soon finalize our plans.”

After nearly 10 years of neglect, the redevelopment and rehabilitation of the Juba-Nimule highway started in July 2021.

The highway was constructed in 2012 by the American government through its implementing agency, USAID.