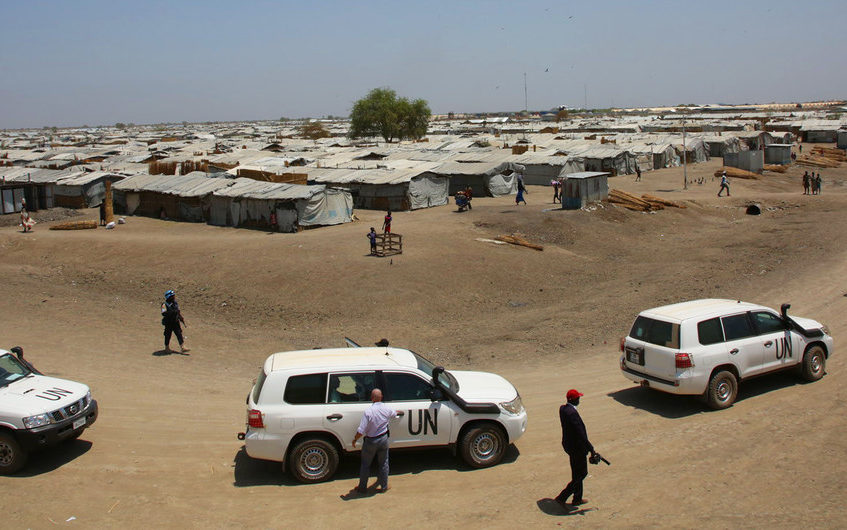 In 2019, Bentiu was considered the largest Protection of Civilians camp in South Sudan. Credit| UNMISS/Nektarios Markogiannis

The mandate of the UN Mission in South Sudan should now include capacity building and developmental projects, rather than peacekeeping, the deputy foreign minister has said.

It believes there is now relative peace in most parts of the country to warrant UNMISS mission readjustment.

In March this year, the UN Security Council further expressed willingness to consider adjusting the peacekeeping operations security based on conditions on the ground and the implementation of priority measures by the Government of South Sudan and all relevant actors.

In June, UNMISS chief commended the government for the progress made in implementing the revitalized peace deal.

Nicholas Haysom acknowledged as a positive step the reconstitution of the transitional parliament and ongoing efforts to unify the army.

Deng Dau, the deputy minister of Foreign Affairs and International Cooperation called on the leadership of the UN governing body, to redirect its mandate to include capacity building and infrastructure among others.

He made the remarks in Juba on Thursday, after meeting the visiting UN Under-Secretary-General for Peace Operations, Jean-Pierre Lacroix.

“I raised this issue of the 20 percent reduction of the forces of the UN currently deployed in South Sudan. Instead of focusing on military aspect only, people can also look at development aspect,” the deputy minister of foreign affairs said.

“The force [UNMISS] can be redirected to be able to work on infrastructure, work in areas of agriculture and work in other areas in capacity building.”

This year, the United Nations Security Council extended the mandate of its peacekeeping mission in South Sudan for one more year.

It said UNMISS will maintain its overall force levels at a ceiling of 17,000 troops and 2,101 police, including 88 correction officers.

The Council unanimously adopted a resolution to advance UNMISS’ three-year strategic vision to prevent a return to civil war in the country.

This includes creating conducive conditions for the delivery of humanitarian assistance, supporting the implementation of the revitalized agreement and the South Sudan peace process.

The mission will also continue to monitor, investigate and report on violations of international humanitarian law, and abuses of human rights in South Sudan.