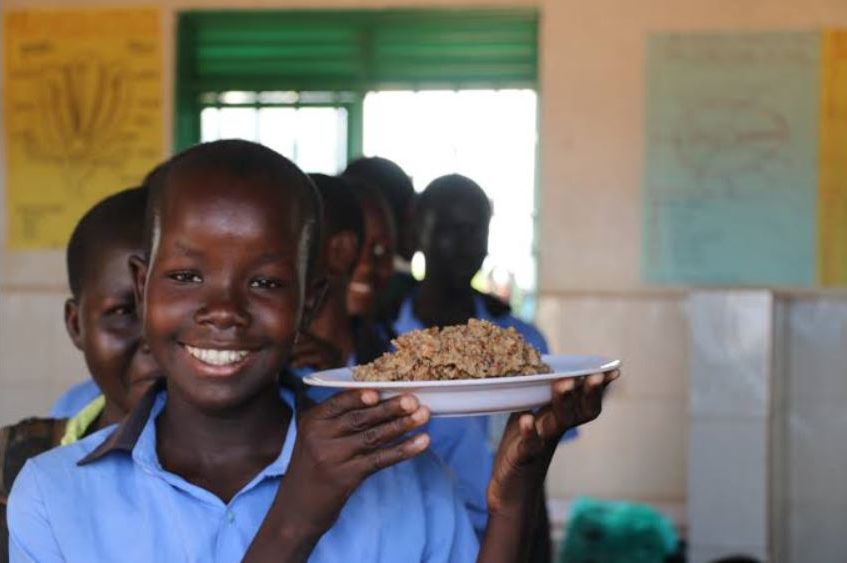 The government and World Food Program have launched a school feeding program to be run entirely by home-grown food.

Despite gaining independence from the Sudan in 2011, South Sudan imports all of its basic requirements from the region and overseas.

Tomatoes, onions, maize flour, cooking oil, dairy products and beans are some of the food items still being imported from neighboring countries such as Uganda and Kenya.

According to World Food Program, out of the 11 million population of South Sudan, over 1 million households are involved in agriculture.

But Since 2016, crop production levels declined due to displacement of farmers from the eastern and central parts of the Equatoria region.

The five year’s conflict has also disrupted livelihoods in most parts of the country.

In September this year, the government and UN agencies said more than half the population of South Sudan – some 6.35 million people do not know where their next meal will come from.

UNESCO, in a 2018 report, said about 2.2 million children in South Sudan were out-of-school.

But the new school-feeding strategy will help to feed over 500,000 school going children by 2020, and improve performance of school children.

“This in turn promotes education, it promotes education outcomes, it improves enrolment, it creates incentive to retain children in schools and it helps their performance to improve,” said Mathew Hollingworth, country director of World Food Program.

For his part, Dr. Kuyok Abol Kuyok, undersecretary at the Ministry of General Education and Instructions, said the strategy will help in reducing importation of food.

“We are departing from importing foods to schools to providing foods from our own and there are many countries which are doing this in the world,” Dr. Abol stated.