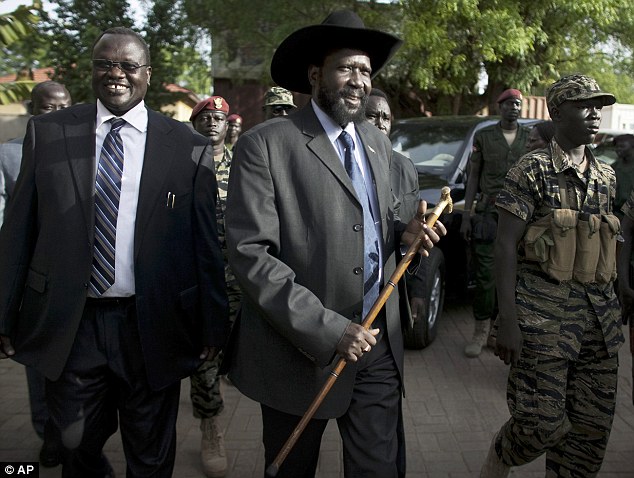 FILE: President Salva Kiir, and his then VP, Dr. Riek Machar in Juba in 2012.

President Salva Kiir has invited the main opposition leader, Dr. Riek Machar, to return to Juba for the formation of the reconstituted transitional government of unity.

“The President asked Dr. Riek to come to Juba on or before the 12 of May so that the revitalized transitional government of national unity is formed,” he said.

According to the peace accord, the transitional government shall be formed at the end of the 8-month pre-transitional period, on May 12.

However, Dr. Riek Machar – who remained in Rome following the ousting of Omar al-Bashir – told Reuter’s news agency that he would like the pre-transitional period be extended for 6 months, citing unimplemented security provisions.

But Ateny argued that “the opposition leaders are in Juba already, an indication to Dr. Riek that his security will taken care off while the government is formed.”