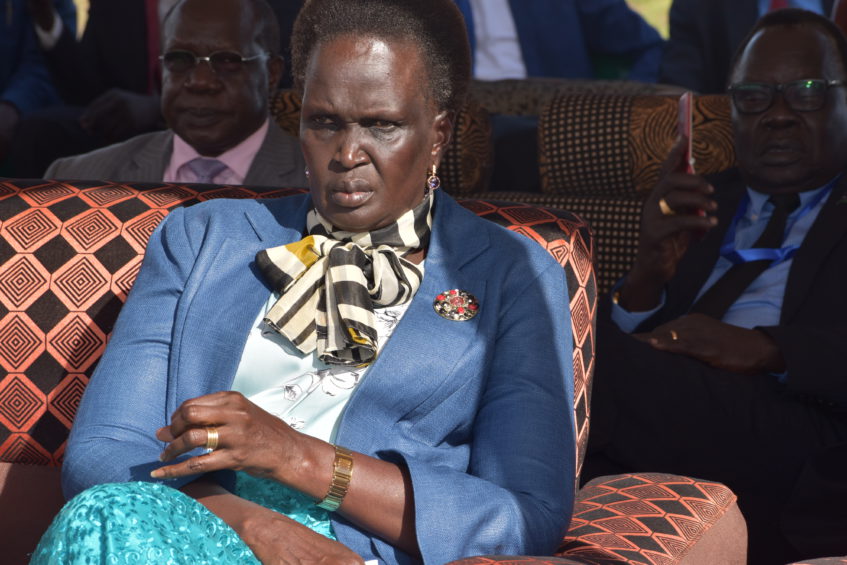 The Vice President for Gender, Youth and Humanitarian Cluster has left for New York to participate in the 76th session of the UN General Assembly.

The sitting which begins next week is expected to discuss the global impact of Covid-19, climate change and armed conflicts.

Nyandeng is also expected to brief the UN General Assembly about the progress of the implementation of the revitalized peace agreement.

This include the establishment of the new unity government, reconstitution of the Transitional National Legislature, and security and economy reforms among others.

“ We will discuss issues of the implementation of the peace agreement and also about development and the issues of my cluster”, Nyandeng De-Mabior spoke to media at Juba International Airport while leaving for New York on Friday.

The two weeks session of the UN General Assembly will start on 14 September 2021.

Nyandeng will be the first female leader to represent the country at the UN General Assembly.

In 2019, the then First Vice President, Taban Deng Gai represented South Sudan at the 74th session of the UN General Assembly in New York.

The UN General Assembly is the main policy-making organ of the Organization.

Comprising all Member States, it provides a unique forum for multilateral discussion of the full spectrum of international issues covered by the Charter of the United Nations.

Each of the 193 Member States of the United Nations has an equal vote.