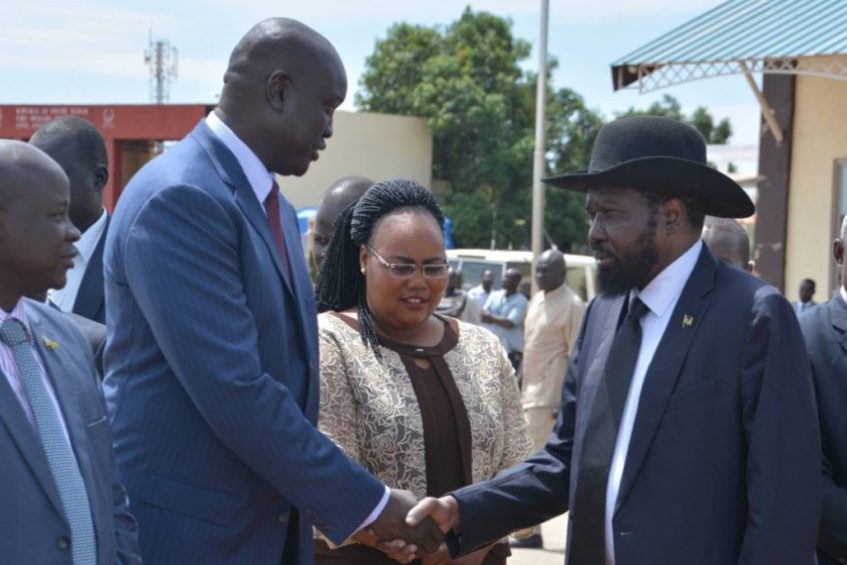 The Office of the President has defended the appointment of Mayiik Ayii as the new Minister of Foreign Affairs and International Cooperation.

His return to the government has drawn strong criticism from citizens who say Mayiik was fired last year from the office of the president due to an alleged corruption scandal.

In June last year, he was fired due to what Kiir said was the “poor manner” in which the Juba-Rumbek Road was being built.

“My brother Mayiik did not have any problem with me but there was one problem, the road to Bar-el-Gazal. The company that we contracted was Shandong High Speed, how did it come out that it is now Shandong Nile Investment, that was the problem,” says President Kiir at the state house days after he fired Mayiik in 2020.

“The road was started in a very poor way. One rain only destroyed it all, it only that he is not here, and he would have answered if he had anything to say.”

The reappointment of Mayiik has reportedly caught members of the public by surprise.

Others told Eye Radio that following the allegations made by the President, Mayiik was not made to clear his name.

In reaction, the Press Secretary in the Office of the President, Ateny Wek Ateny told Eye Radio on Friday that: “The president is the head of state and he has the prerogative to appoint and relieve anybody so deem necessary.”

Mayiik oversaw the construction of the Juba-Rumbek highway which is being financed with crude oil.

But a section of the road was washed away by the heavy rains – prompting the government to demand a redesign.