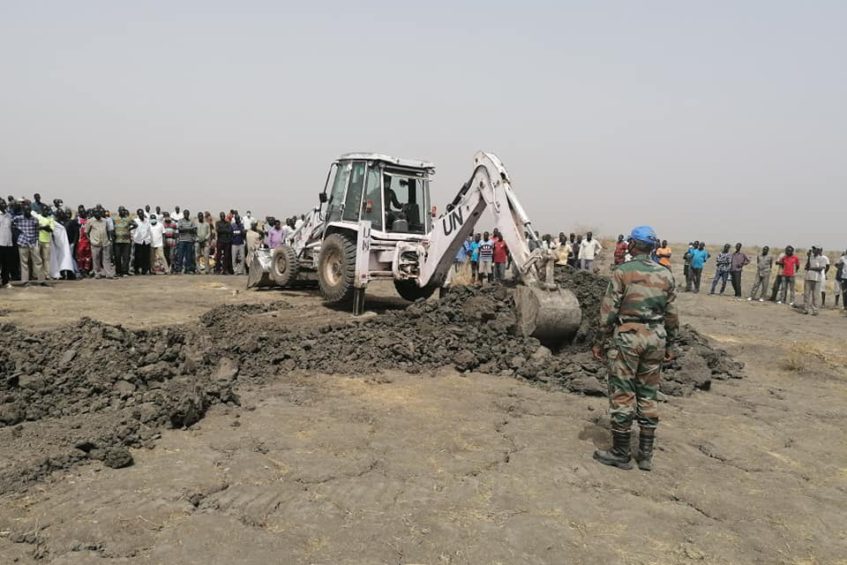 The UN buries victims of the attack in Malakal where civilians were soy while welcoming their state governor town. Credit: Journalist Nyang Pal Lieth

Eye Radio has established that nearly 70 people have been killed with impunity in less than two weeks across the country.

The government has strongly condemned the killing of civilians, including traders along the Juba-Yei road and Juba-Nimule highway in the past few days.

The government blamed the National Salvation Front for carrying the attacks on the major highways.

However, the National Salvation Front denied the accusation and also condemned the deadly attacks on unarmed civilians along the trade corridors.

On Sunday last week, the Central Equatoria State government said at least 10 people were killed in three separate ambushes along the Yei-Juba road.

On the same day, the government of Upper Nile State said armed individuals shot at people who had turned up for the reception of the new state governor, Budhok Ayang killing three.

Up to date, no arrests have been made in the deadly Malakal shooting.

While in Budi County of Eastern Equatoria State, at least 16 people were killed and several others were wounded in a deadly on 28 March.

A day later on the 29 of March, the Governor of Eastern Equatoria state Louis Lobong reportedly survived an attack on his convoy by gunmen in Budi County, killing his bodyguards and the wife of a soldier.

In Central Equatoria, authorities in Yei County also reported the death of seven SSPDF officers including two women and a girl in Mukaya Payam of Lainya County on March 30th.

On the same day, renowned singer Trisha Cosmas and a Boda-boda rider died after getting involved in a grisly road accident at Mobil roundabout in Juba.

Again on March 30th, the Police in Rumbek County of Lakes State confirmed the death of four fishermen killed by armed youth in Rumbek North County and three people killed in cattle-related incidences at Yirol and Amokpiny area of Lakes State.

Last Friday in Juba, a body of a boda-boda rider was also discovered dead after being killed around the Yei checkpoint in the outskirts of Juba.

While at the border of Unity and Warrap states, at least fifteen people were reported killed and several others wounded over the weekend, in cattle-related violence at the border between Warrap and Unity States.

Residents there however say more than 30 people died in the violence.

Further, on Sunday, a truck driver was gunned down and his truck burned in Western Equatoria State along Juba-Mundri road by unknown assailants. His turn boy is nursing injuries. The deceased was a foreign national from Kenyan and the survivor is a Burundian.

According to Eye Radio figures, these deaths total 69 across the country.

A religious leader said on Sunday the surging insecurity signals the peace that citizens need the most remains elusive.

Justin Badi Arama who is the Archbishop and Primate of the Episcopal Church of South Sudan—called on the country’s political leaders to address the insecurity challenges for people to safeguard lives and property.