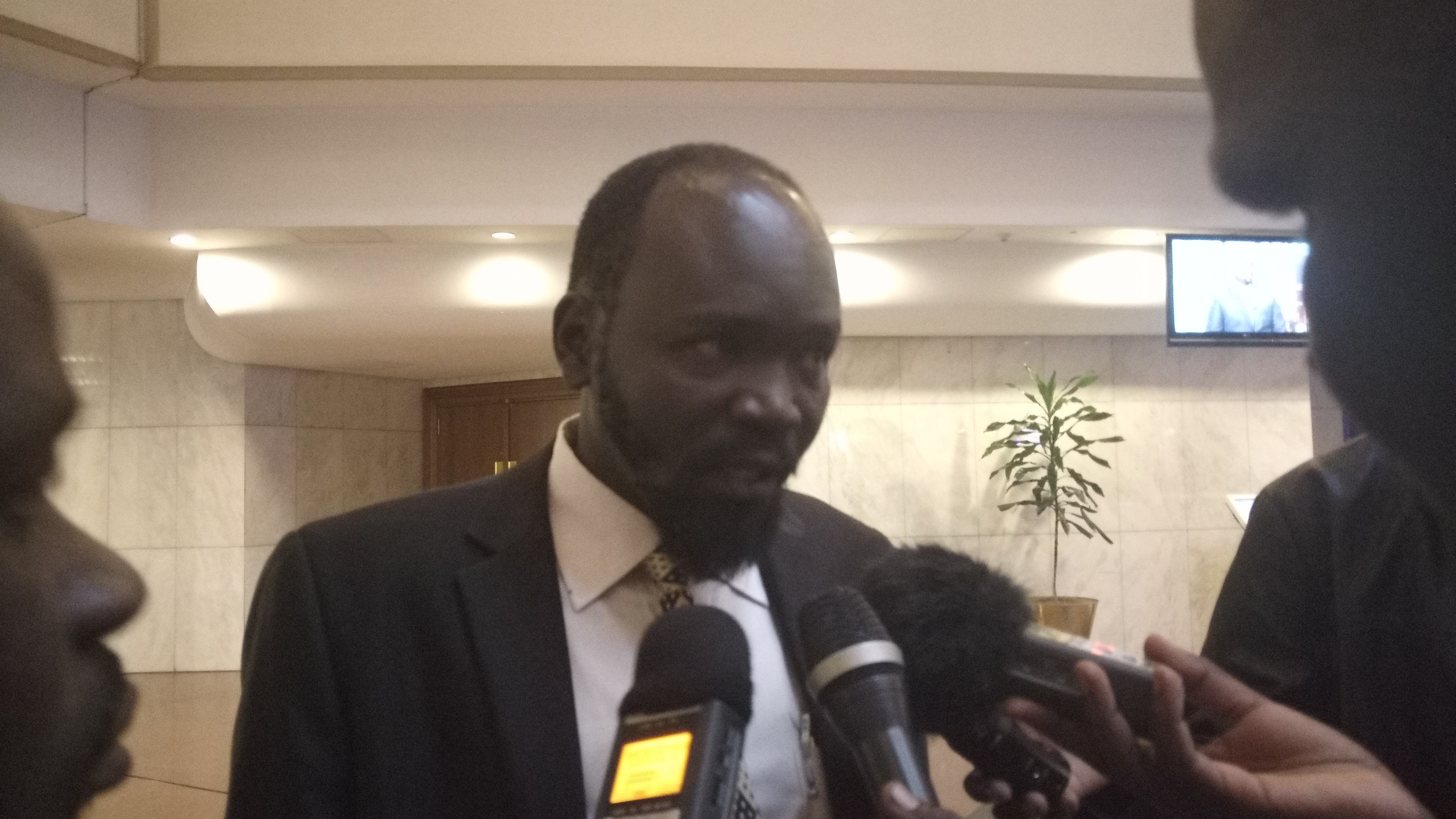 File photo: Peter Mayen, the Chairman of the People's Liberal Party, and leader of OPP

Members of the Other Political Parties have terminated Peter Mayen’s membership for alleged scandal with a married woman recently.

The OPP comprises of ANC, USAP, UDP, UDSF, National Alliance, and the Umbrella political Parties of which Peter Mayen was the leader.

Last week, Peter Mayen told Eye Radio he was briefly detained by security on orders by the Inspector-General of the South Sudan Police Services.

“I was actually detained with an arrest order by a Lt. General and two Generals from police who came to my hotel and said that I was under detention.”

However, he argued that he was just visited by his cousin who was in accompany of her friends.

On 16 of April, Dembesh hostel management issued a letter asking Mayen to leave the hotel room, saying his presence was compromising their service delivery ethics.

In an exclusive interview with Eye Radio on thursday, Albino Akol Atak, the OPP spokesperson said Peter Mayen has violated the party’s Conduct of Business Regulation.

“What do we do and what do we say if somebody in his hotel room with a woman and police came based on the complaint of the relatives,” asked Mr Akol.

“We talked with the relatives, yes, they did confirm whatever way they told us, this was what happened. He has already committed it and it’s confirmed that he did it.”

“Somebody who has violated this will no longer be a member of OPP and that’s why we sat down and terminated his membership.”

Peter Mayen, who is the chairman of People’s Liberal Party – an OPP member party, is yet to react to his dismissal from the Other Political Party.