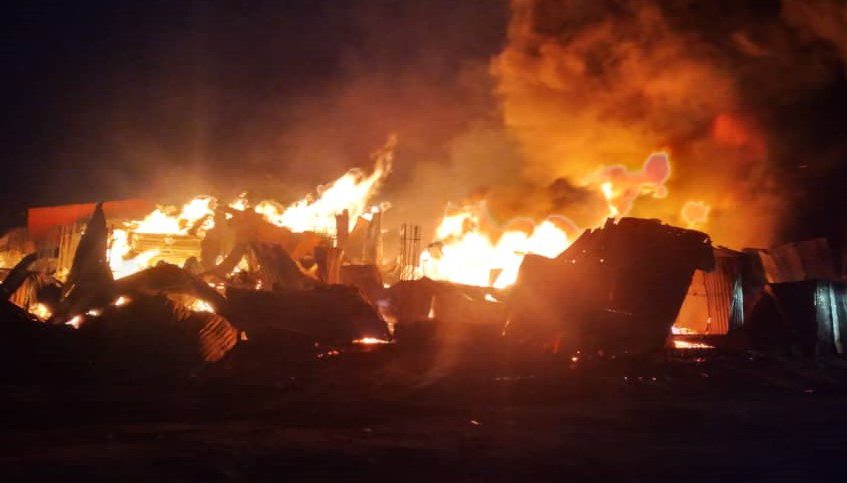 Traders are counting losses after fire destroyed parts of Jebel market in Juba on Tuesday morning.

According to eyewitnesses, the fire which started at around 4:50 a.m. destroyed hardware shops worth millions of South Sudanese pounds.

Eye Radio reporter, Emmanuel Joseph Akile who was also at the scene says the shops were reportedly owned by foreign nationals, including Sudanese and Somalis.

He also observed that an electric pole was also burned in the inferno.

Until 5:40 this morning, the shops were still burning.

The fire brigade team was still trying to contain the fire.