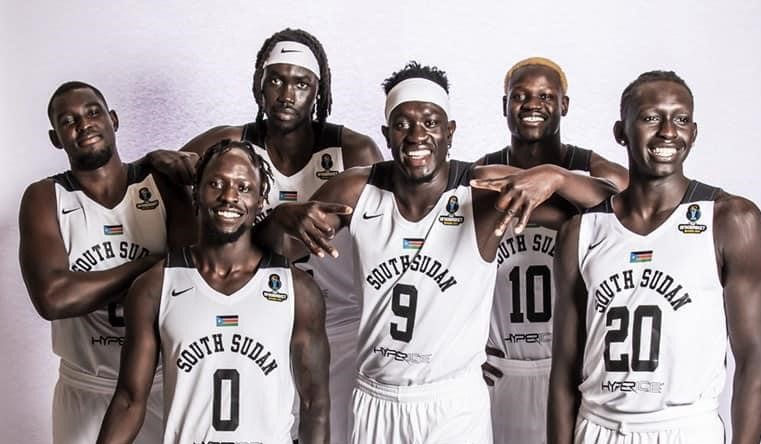 Two years down the line, the dreams and aspiration of the South Sudan national basketball team are falling into reality with new face of hope.

Having made their first appearance at the Afro-Basketball 2021 championship, the national team – led by the president of the federation, made victory by making it to the quarter finals, being among the top eight teams in Africa.

Driven by his love for the young people and the country, Luol Deng’s vision for building local talents seems unstoppable.

In only two years, the team has achieved more than what the country had expected and never thought of.

From making headlines across traditional media, social media and historic move in African basketball teams, the boys have showed what South Sudan should be known for.

“It’s not about basketball for a lot of South Sudanese, its pride, unity, joy and love – a place where we are changing the narrative to something positive,” Luol told Eye Radio. “So, we are playing for something bigger than just basketball.”

Considered the youngest and the newest team in the tournament, the boys did not show that, rather they went in tough with high spirit of beating teams that have been in the games for years.

“When we first came in, nobody respected us because they thought we got there by luck because of COVID-19. But honestly, we feel like we belong to the best of the best,” Teny Puot, one of the players.

With huge support from fans in South Sudan and across the word, the national team believed that the goal and vison of the team are alive.

“For those that did not believe in us, we just wanted to make sure we proved the point,” he continued.

Fortunate to have the assistant coach for the Brooklyn Nets at the NBA as the head coach, Royal Ivey impacted the game with his vast knowledge and skills in basketball.

The players, full of praises about the head coach, appreciate his big heart to see them grow beyond basketball and the great impact on their game.

“He understands the game and through highs and lows, he made sure we kept the same spirit high.”

“Beating our neighbors, we showed them and let them know that we are the big brother is in the region.” Teny pointed out.

Faced by numerous challenges, the desire to fulfill the dreams, vision and goals of the federation is unshaken by existing obstacles.

Luol appreciates the efforts made by the government so far. But he wishes that the government of South Sudan could do more than they are doing already.

With the national team being financially single-handedly run by him and a few well-wishers, the well might run dry soon.

“The coaches are not getting a single penny. These are guys that wanted to do it out of passion because they saw what I am doing and they believe we can do it together,” Luol continued.

He urges the government to put down an investment strategy that gives them the authority to ask entities ad companies operating in the country to put in some cash yearly on youth programs and sports.

“We are not only asking the government for their cash, we are asking them to use their influence – to show the rest of the world that they are supporting youth organizations and sports in general,” the ex-NBA star said.

With players leaving their families, relatives and friends at home, there are expectations of fulfilling ones need and that of their families.

Given the love and the need to build the seeds for the young generation, the players are forced to go on sabbatical leave in their respective jobs and survive on the small savings they worked for.

“We are the only national team that is not getting paid. It’s not about the money for us; everything we do is for the next generation, and we are planting the seed,” the players said.

Finances seem not to be the only barrier. Lack of adequate sports facilities prevent the players from practicing together.

Tied down by different commitments like school, and work, building a stronger team together might take a while.

“The main challenge is not being able to have the same people around, where we can jell together and get to know who does what,” Kuany Kuany explained.

Unlike other African teams that have their players playing together for many years like Tunisia, Kenya, Uganda, Egypt, Cameroon, Rwanda, and Nigeria, the boys are not privileged to practice together and play together at times when there are no tournaments because of instability and lack of facilities.

“We get guys coming in a few days before the tournament. And for that, in most cases, we don’t practice and play together,” he added.

Hopes and a possible U-turn for the future.

Even with the locals turning a blind eye to the progress, success and winning records made by the national team at the Afro-basketball, there’s is still hope as there are some well-wishers that are willing to support the federation to achieve its goals.

Expecting no returns or benefits from the country, an America company is willing to support the federation as they see a greater future in the national team and so much potential in the local talents.

“Hyper-Rise, an America-based company is willing to support us because it sees the direction of the national team and it is willing to sponsor us and build two basketball courts in South Sudan,” said Luol.

As Luol plans to carry on his vision of what he believes in, he says he wants to show people and get people behind them and bring in what they gain from that and improve the facility and everything within the state.

“It’s not going to be an easy road but trust me as a federation, we will leave it a better place than we got it,” he added.

They will be participating in Basketball World cup next year February and July.  They will play in Group B against Tunisia, Cameroon ad Rwanda.