U.S. gov’t calls for protection of journalists in S. Sudan 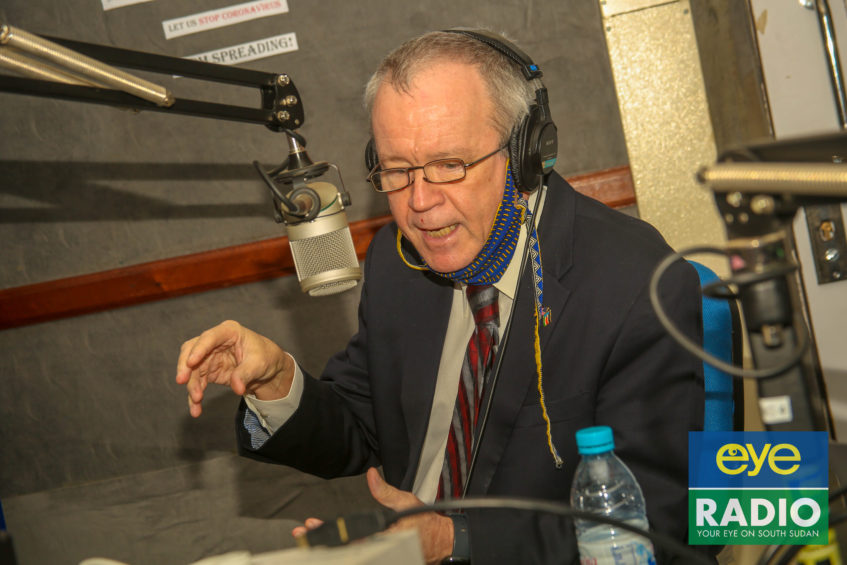 The U.S. Embassy Chargé d’Affaires in Juba has called on the government to protect journalists, and end harassment, intimidation, and detention of journalists in South Sudan.

In a statement seen by Eye Radio, Larry André says the government should not censure or restrict journalists but instead help facilitate their work.

“Journalists must adhere to the highest standards of conduct and ethics, which will help them gain important support from those around them.”

André stated that citizens should speak out at every opportunity to advocate for their constitutional right of access to information.

The U.S. diplomat called on journalists to adhere to the highest standards of conduct and ethics, which he said will help them gain important support from those around them.

He urged the international community to support media in the country, adding that the U.S. government will continue to provide much-needed support to the media.

The U.S. Embassy Chargé d’Affaires made the remarks during the virtual celebration of the World Press Freedom Day on 3rd May.

Ambassador André said that the U.S government recognize the key role that a free press plays in democracy.

On the occasion, the U.S. ambassador honored journalists around the world for their work.

The theme of this year’s World Press Freedom Day is “Information as a Public Good.”  It serves as a call for countries to improve transparency, and to ensure that citizens have access to reliable information.

World Press Freedom Day is an important opportunity to point out the abuses that are perpetrated against journalists, and to recommit to protect the media community.

South Sudan dropped one spot to a ranking of 139 out of 180 countries.

The report states that journalists have faced harassment, arbitrary detention, torture, and even death in instances where they did not practice self-censorship.