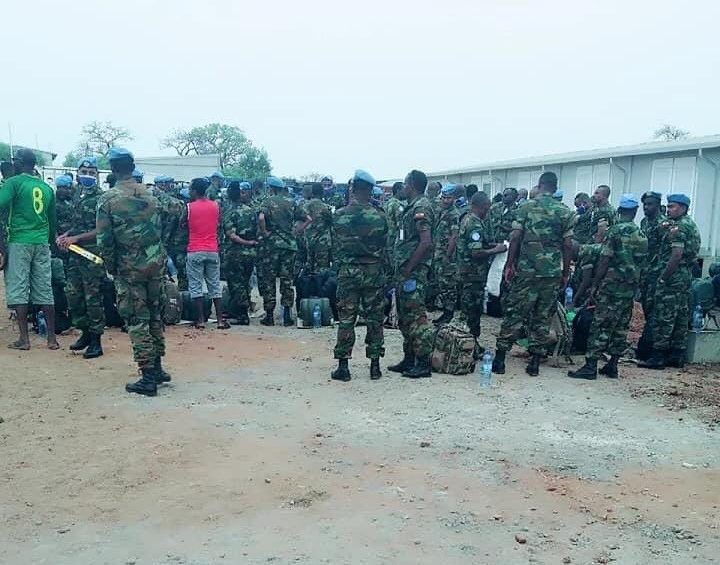 The UN Mission in South Sudan has confirmed that a “fist-fight” broke out among members of the Ethiopian peacekeeping force boarding a flight at Juba International Airport Monday.

The scuffle was first reported to Eye Radio by the South Sudan People’s Defense Force.

“I heard the information [that] members from Tigray were resisting because they were supposed to go back to their country…but I think there was some resistance,” said Santo Domic, acting spokesperson of the SSPDF.

Pictures circulated on social media showed some officers with head and nose injuries, but it is not clear how many got injured.

In a statement to Eye Radio, UNMISS said about 15 members of the contingent chose not to board a flight at the Juba International Airport.

The 169 officers were returning to Ethiopia at the end of their mission.

Those who refused are mostly from the Tigray region.

Tigray region has been fighting the Ethiopia government since November last year.

The TPLF accuses Abiy of seeking to centralize power at the expense of Ethiopia’s 10 regions and says Tigrayan officials were unfairly targeted in a crackdown on corruption and rights abuses. The government denies that and accuses TPLF leaders of treason for attacking federal forces in early November.

UNMISS reported that those who refused to return to Ethiopia are now under the protection of the government of South Sudan and the UN refugee agency, UNHCR.

It added that individuals in need of international protection, anywhere in the world, can choose to seek asylum through their own free will, under international law.